Below are a number of ways inflammation can affect your health, both short-term and long:

Inflammation is most visible (and most beneficial) when it’s helping to repair a wound or fight off an illness: “You’ve noticed your body’s inflammatory response if you’ve ever had a fever or a sore throat with swollen glands,” says Timothy Denning, PhD, associate professor and immunology researcher at Georgia State University, or an infected cut that’s become red and warm to the touch. The swelling, redness, and warmth are signs that your immune system is sending white blood cells, immune cell-stimulating growth factors, and nutrients to the affected areas. In this sense, inflammation is a healthy and necessary function for healing. But this type of helpful inflammation is only temporary: when the infection or illness is gone, inflammation should go away as well.

» It Prepares You For Battles 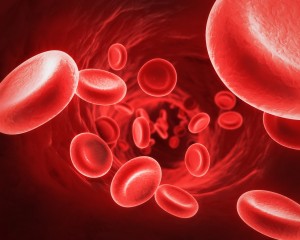 Another type of inflammation occurs in response to emotional stress. Instead of blood cells rushing to one part of the body, however, inflammatory markers called C-reactive proteins are released into the blood stream and travel throughout the body.

This is the body’s biological response to impending danger—a “flight or fight” response that floods you with adrenaline and could help you escape a life-threatening situation. But unrelenting stress over a long period of time—or dwelling on past stressful events—can cause C-reactive protein levels to be constantly elevated, which can be a factor in many chronic health conditions, like those on the following slides.

» It Can Harm Your Gut

Many of the body’s immune cells cluster around the intestines, says Denning. Most of the time, those immune cells ignore the trillions of healthy bacteria that live in the gut. “But for some people, that tolerance seems to be broken,” says Denning, “and their immune cells begin to react to the bacteria, creating chronic inflammation.”

The immune cells can attack the digestive tract itself, an autoimmune condition known as inflammatory bowel disease (IBD), which includes ulcerative colitis and Crohn’s disease. The symptoms include diarrhea, cramps, ulcers, and may even require surgical removal of the intestines. Doctors aren’t exactly sure why some people get IBD, but genetics, environment, antibiotics, diet, and stress management all seem to play a role. 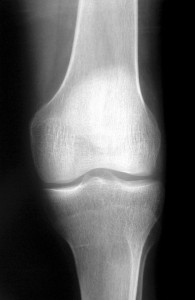 » It Can Harm Your Joints

When inflammation occurs in the joints, it’s can cause serious damage. One joint-damaging condition is rheumatoid arthritis (RA)—another example of an autoimmune disorder that appears to have a genetic component, but is also linked to smoking, a lack of vitamin D, and other risk factors. A 2013 Yale University study, for example, found that a salty diet may contribute to the development of RA.

People with RA experience pain and stiffness in their inflamed joints. But because the immune reaction isn’t limited to the joints, says Denning, they’re also at higher risk for problems with their eyes and other body parts.

Any part of your body that’s been injured or damaged can trigger inflammation, even the insides of blood vessels. The formation of fatty plaque in the arteries can trigger chronic inflammation. The fatty plaques attract white blood cells, grow larger, and can form blood clots, which can cause a heart attack. One specific protein, called interleukin-6 (IL-6), may play a key role, according to a 2012 study published in The Lancet.

Obesity and unhealthy eating increases inflammation in the body, but even otherwise healthy people who experience chronic inflammation because of an autoimmune disorder—such as rheumatoid arthritis, psoriasis, or celiac disease—appear to have a higher risk of heart disease, regardless of their weight or eating habits.

» It’s Linked To A Higher Risk Of Cancer

Chronic inflammation has been linked to cancers of the lung, esophagus, cervix, and digestive tract, among others. A 2014 Harvard University study found that obese teenagers with high levels of inflammation had a 63% increased risk of developing colorectal cancer during adulthood compared to their thinner peers. The inflammation may be due to obesity, a chronic infection, a chemical irritant, or chronic condition; all have been linked to a higher cancer risk.

» It May Sabotage Your Sleep 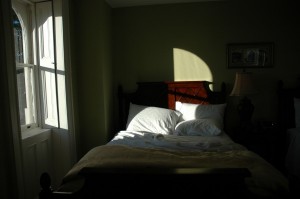 In a 2009 study from Case Western Reserve University, people who reported sleeping more or less than average had higher levels of inflammation-related proteins in their blood than those who said they slept about 7.6 hours a night. This research only established a correlation between the two (and not a cause-and-effect), so the study authors say they can’t be sure whether inflammation triggers long and short sleep duration or whether sleep duration triggers inflammation. It’s also possible that a different underlying issue, like chronic stress or disease, causes both. Shift work has also been found to increase inflammation in the body.

» It’s Bad For Your Lungs

When inflammation occurs in the lungs, it can cause fluid accumulation and narrowing of the airways, making it difficult to breathe. Infections, asthma, and chronic obstructive pulmonary disease (COPD), which includes emphysema and chronic bronchitis, are all characterized by inflammation in the lungs.

Smoking, exposure to air pollution or household chemicals, being overweight, and even consumption of cured meats have been linked to lung inflammation.

Inflammation can also wreak havoc on your mouth in the form of periodontitis, a chronic inflammation of the gums caused by bacteria accumulation. This disease causes gums to recede and the skeletal structure around the teeth become weakened or damaged. Brushing and flossing regularly can prevent periodontitis, and one 2010 Harvard University study found that eating anti-inflammatory omega-3 fatty acids (such as fish or fish oil) may also help.

Periodontal disease doesn’t just affect oral health, either. Studies show that inflammation of the gums is linked to heart disease and dementia as well, since bacteria in the mouth may also trigger inflammation elsewhere in the body. 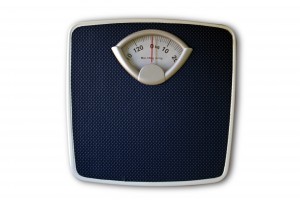 Obesity is a major cause of inflammation in the body, and losing weight is one of the most effective ways to fight it. But that’s sometimes easier said than done, because elevated levels of inflammation-related proteins can also make weight loss more difficult than it should be. For starters, chronic inflammation can influence hunger signals and slow down metabolism, so you eat more and burn fewer calories. Inflammation can also increase insulin resistance (which raises your risk for diabetes) and has been linked with future weight gain.

Inflammation throughout the body can interfere with bone growth and even promote increased bone loss, according to a 2009 review study published in the Journal of Endocrinology. Researchers suspect that inflammatory markers in the blood interrupt “remodeling”—an ongoing process in which old, damaged pieces of bone are replaced with new ones.

Inflammation of the gastrointestinal tract (as with inflammatory bowel disease) can be especially detrimental to bone health, because it can prevent absorption of important bone-building nutrients such as calcium and vitamin D. Another inflammatory disease, rheumatoid arthritis, can also have implications because it limits people’s physical activity and can keep them from performing weight-bearing, bone-strengthening exercises.

» It Affects Your Skin

The effects of inflammation aren’t just internal: They can also be reflected on your skin. Psoriasis, for example, is an inflammatory condition that occurs when the immune system causes skin cells to grow too quickly. A 2013 study published in JAMA Dermatology suggested that losing weight could help psoriasis patients find relief, since obesity contributes to inflammation.

Chronic inflammation has also been shown to contribute to faster cell aging in animal studies, and some experts believe it also plays a role (along with UV exposure and other environmental effects) in the formation of wrinkles and visible signs of aging.

Inflammation in the brain may be linked to depression, according to a 2015 study published in JAMA Psychiatry; specifically, it may be responsible for depressive symptoms such as low mood, lack of appetite, and poor sleep. Previous research has found that people with depression have higher levels of inflammation in their blood, as well.

“Depression is a complex illness and we know that it takes more than one biological change to tip someone into an episode,” said Jeffrey Meyer, MD, senior author of the 2015 study, in a press release. “But we now believe that inflammation in the brain is one of these changes and that’s an important step forward.” Treating depression with anti-inflammatory medication may be one area of future research, he added.