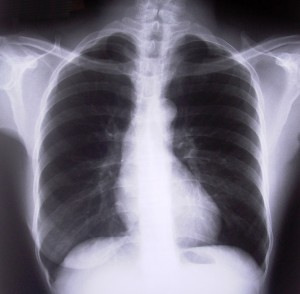 Given the poor response of lung cancer to available therapy and its aggressive biological nature, a series of targets and new therapeutic strategies for their treatment are currently being investigated.

Recently, Ramer et al. investigated the effect of CBD on the invasive properties of A549 cells, a line of human lung carcinoma cells expressing both CB1 and CB2, as well as TRPV1 receptors. Using Matrigel invasion assays, they found a CBD-driven impaired invasion of A549 cells that was reversed by CB1 and CB2 receptors as well as TRPV1 antagonists.

CBD treatment concomitantly upregulated the tissue inhibitor of matrix metalloproteinases-1 (TIMP-1) and the CBD-elicited decrease in tumour cell invasiveness was reversed by knocking down TIMP-1 expression through a siRNA approach. These results suggest a causal link between TIMP-1 upregulation and CBD anti-invasive action. CBD was also shown to induce p38 and ERK phosphorylation as upstream mechanisms for TIMP-1 induction and subsequent decreased invasiveness. Interestingly all these cellular events were blocked by cannabinoids or TRPV1 receptor antagonists.

Together, the following findings provide a novel mechanism underlying the anti-invasive action of CBD on human lung cancer cells and imply its use as a therapeutic option for the treatment of highly invasive cancers.

⇒ What is Lung Cancer?

Lung cancer is a type of cancer that begins in the lungs. Your lungs are two spongy organs in your chest that take in oxygen when you inhale and release carbon dioxide when you exhale.

Lung cancer is the leading cause of cancer deaths in the United States, among both men and women. Lung cancer claims more lives each year than do colon, prostate, ovarian and breast cancers combined.

Doctors believe smoking causes lung cancer by damaging the cells that line the lungs. When you inhale cigarette smoke, which is full of cancer-causing substances (carcinogens), changes in the lung tissue begin almost immediately.

At first your body may be able to repair this damage. But with each repeated exposure, normal cells that line your lungs are increasingly damaged. Over time, the damage causes cells to act abnormally and eventually cancer may develop.