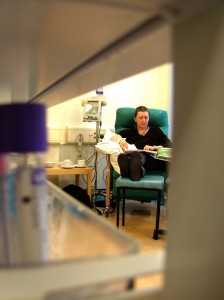 In 2006 Ligresti et al. demonstrated for the first time that CBD potently and selectively inhibited the growth of different breast tumour cell lines (MCF7, MDA-MB-231), with an IC50 of about 6 µm, and exhibited significantly lower potency in non-cancer cells. CBD and CBD-rich extracts (containing approximately 70% CBD together with lesser amounts of other cannabinoids) also inhibited the growth of xenografts, obtained by s.c. injection into athymic mice of human MDA-MB-231 cells, and reduced infiltration of lung metastases derived from intrapaw injection of breast carcinoma cells. Among the possible cellular and molecular mechanisms underlying these effects, CBD seemed to involve direct TRPV1 activation and/or CB2 indirect activation (via FAAH), as well as induction of oxidative stress.

Later on, McAllister’s group demonstrated that, besides proliferation, CBD also interfered with two other crucial steps of breast cancer cell progression, invasion and metastasization. Among the three different groups of cannabinoid compounds tested (phytocannabinoids with affinity for CB1and CB2 receptors, phytocannabinoids with no appreciable affinity for CB1 and CB2 receptors and synthetic compounds with affinity for CB1and CB2 receptors), CBD was shown to be one of the most effective inhibitors of human breast cancer cell proliferation, being equipotent to Δ9-THC and CP55940 in inhibiting, respectively, MDA-MB-231 and MDA-MB-436 cell growth, and being the most potent inhibitor of the MDA-MB-231 cell migration. Interestingly, CBD regulated the expression of key genes involved in the control of cell proliferation and invasion through the downregulation of Id-1 expression, an inhibitor of basic helix-loop-helix transcription factors, whose overexpression in breast cancer cells is responsible for proliferation, migration and invasion. Therefore, the ability of CBD to decrease significantly Id-1 expression in breast cancer cells was associated with its efficacy in reducing tumour aggressiveness.

⇒ What is Breast Cancer?

Breast cancer is a malignant tumor that starts in the cells of the breast. A malignant tumor is a group of cancer cells that can grow into (invade) surrounding tissues or spread (metastasize) to distant areas of the body. The disease occurs almost entirely in women, but men can get it, too.

The lymph system is important to understand because it is one way breast cancers can spread. This system has several parts.

Lymph nodes are small, bean-shaped collections of immune system cells (cells that are important in fighting infections) that are connected by lymphatic vessels. If the cancer cells have spread to lymph nodes, there is a higher chance that the cells could have also gotten into the bloodstream and spread (metastasized) to other sites in the body. The more lymph nodes with breast cancer cells, the more likely it is that the cancer may be found in other organs as well. Because of this, finding cancer in one or more lymph nodes often affects the treatment plan. Still, not all women with cancer cells in their lymph nodes develop metastases, and some women can have no cancer cells in their lymph nodes and later develop metastases.