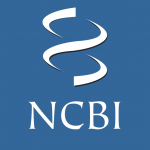 US National Library of Medicine

A recent study published by the National Institutes of Health has found that cannabinoids can increase a cancer cell’s susceptibility to cytolysis, which occurs when a cell bursts due to an imbalance.

“Cannabinoids have been shown to promote the expression of the intercellular adhesion molecule 1 (ICAM-1) on lung cancer cells as part of their anti-invasive and antimetastatic action. Using lung cancer cell lines (A549, H460) and metastatic cells derived from a lung cancer patient, the present study addressed the impact of cannabinoid-induced ICAM-1 on cancer cell adhesion to lymphokine-activated killer (LAK) cells and LAK cell-mediated cytotoxicity.”

“Cannabidiol (CBD), a non-psychoactive cannabinoid, enhanced the susceptibility of cancer cells to adhere to and subsequently lysed by LAK cells, with both effects being reversed by a neutralizing ICAM-1 antibody. Increased cancer cell lysis by CBD was likewise abrogated when CBD-induced ICAM-1 expression was blocked by specific siRNA or by antagonists to cannabinoid receptors (CB1, CB2) and to transient receptor potential vanilloid 1.”

This data suggest that the cannabinoid-induced ICAM-1 boost on lung cancer cells is responsible for the increased susceptibility of these cells to destruction by LAK cells. This represents an antitumor mechanism of cannabinoids.