Cannabis has a long history of being used for a variety of purposes, from hemp oils and fibres to medicinal purposes. It became acknowledged and accepted into American pharmacopoeia, where it was evaluated for treating diseases, or the accompanying symptoms, until the early 1940s. 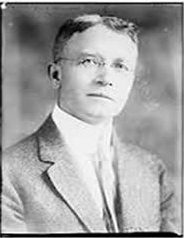 In 1988, the DEA’s Chief Administrative Law Judge, Francis L. Young, ruled after extensive hearings that, “Marijuana, in its natural form, is one of the safest therapeutically active substances known… It would be unreasonable, arbitrary and capricious for the DEA to continue to stand between those sufferers and the benefits of this substance…” Yet the DEA did not take this ruling into account and resisted rescheduling to this day.

Fortunately, the tide has begun to turn over the past year as nations around the world are waking up to the benefits of medical marijuana, and one of its most popular components, cannabidiol.

This past weekend in Frisco, Colorado, the County Ambulance Service’s Conference featured a workshop offering a crash course in marijuana called “Understanding Cannabis.”

Lindsey was able to teach a room full of emergency responders, which included fire fighters and EMTs, more about cannabis.

The lengthy history of cannabis use was discussed by Lindsey, who noted medicinal use of cannabis goes back thousands of years.

Despite marijuana’s federal classification as a Schedule I drug — prohibiting the government from conducting scientific research — Lindsey said private industry is leading the charge towards a better understanding of the medical value of cannabis.

“In the last several years, there have been over 70,000 studies conducted,” he said. With awareness growing throughout the United States, legislation still lags behind but is slowly catching up with public opinion. 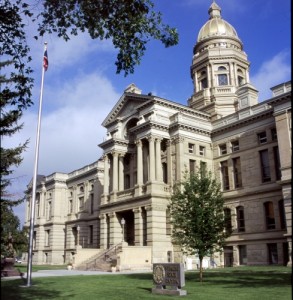 In Wyoming, a series of bills set to loosen the prohibition on marijuana will be introduced in the 2016 legislative session. A University of Wyoming poll showed that a majority of Wyoming residents, a whopping 72 percent, support the use of medical marijuana. The sponsored bills span from decriminalizing small amounts of marijuana to reintroducing a bill that would allow cannabidiol to be used in medicine.

Marcia Stuelpnagel, of Wyoming Cannabis Activists, said personal stories have changed policymakers’ attitudes about marijuana. Stuelpnagel was a cancer patient and says she has benefited from medical marijuana.

“I also have PTSD and am bipolar,” she said. “When I talk to legislators about my situation, then they start being more open-minded about medical marijuana.”

In New Zealand, Terminally ill Council of Trade Unions president Helen Kelly has found herself in a similar situation, becoming an advocate of medical cannabis through unfortunate circumstances. Kelly is pleading with the Government to improve access to medicinal cannabis, as she confesses she is “a little bit scared” of dying. 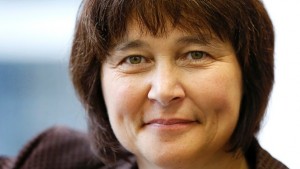 President of the Council of Trade Unions – Helen Kelly

Kelly, who has lung cancer, said on Monday she had exhausted all legal pain relief and had resorted to the black market to obtain cannabis oil. But she did not like putting people in an awkward position to help her.

“I’ve tried [cannabis oil]. I’m not promoting it as a curative, but as a pain relief it’s incredibly effective for me and it doesn’t make me feel sick, which morphine does.”

Children’s Commissioner and paediatrician Russell Wills has been involved in treating epileptic children with Sativex, the only cannabis-based treatment legally available in New Zealand.

He said he believed medicinal cannabis would benefit patients, particularly palliative patients, like Kelly, and epileptics, but it still needed to pass the same tests as other medicines.