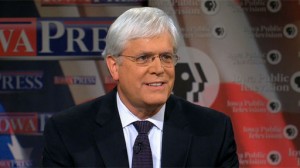 A limited Iowa medical cannabis law that allows parents of minors to bring home high-CBD/low-THC oils from Colorado is hitting some major snags, as would-be patients and politicians are increasingly saying they need to be able to grow their own supply.

The main issue: the Iowa CBD program that passed last session, which allows parents of minors to purchase meds in Colorado without a medical card. But according to the program’s guidelines, parents can only bring back 32 ounces at a time — about a six-month supply. And the not-so-workable plan also means parents of sick kids would have to either drive home with the oil across Nebraska — where all forms of pot are illegal — or fly home with it…illegally. The law, passed ten months ago, went into effect July 1, but state officials say they won’t be able to begin registering Iowans who want their kids to be in the program until next year at the earliest. In the meantime, the program is garnering many complaints.

According to Iowa state senator Jack Hatch, the law is nothing more than the result of negotiations from politicians thinking they’re working together to solve a problem while actually doing nothing to fix it. “So we really haven’t done very much,” Hatch told reporters Monday. “I think the obligation and the commitment we made to those families has got to be fulfilled, and if it means that we have to produce it here and dispense it here under tight regulations, then that needs to be part of our obligation.”

Even parents who lobbied for the law, including Sally Gaer, wife of West Des Moines mayor Steve Gaer, are saying the law they supported just doesn’t work. “What are we all going to do, get in a wagon train and go over the mountains?” she asked in the Iowa City Press-Citizen last month.

Late last week, in response to these concerns, a state legislative committee voted six to four to recommend that the state allow high-CBD strains of cannabis to be grown in Iowa and sold at licensed locations. State senator Bill Dotzler says the original plan was well intended, but it’s clearly unworkable in its current form. “These parents are going through hell,” Dotzler said at the committee meeting.

State Republicans, however, have no plans to expand the program any time soon. They say they’ve had enough marijuana talk for now. “I think we made the changes that we made last year, and we’ll want to see how it works,” House Speaker Kraig Paulsen told the Des Moines Register.