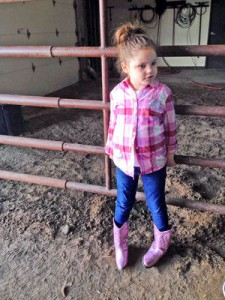 Cannabidiol, known popularly as CBD oil, has attracted a following in recent years as evidence has accumulated that the oil can dramatically reduce seizure activity in children whose epilepsy is uncontrolled by traditional medications.

Gretna resident Nicole Jacobson, whose 8-year-old daughter, Sydney, has tried numerous medications, devices and diets in an unsuccessful attempt to control her seizures, said she wants the legal right to try CBD oil.

A movement is growing in the Nebraska Legislature to approve a narrow exception to marijuana laws that would permit the oil, providing that it contains minimal amounts of tetrahydrocannabinol, the property that causes marijuana’s high.

Advocates of the oil, which is legal in 11 states, insist the THC content is far too low to permit intoxication and that strains even lower in THC can be created.

Nevertheless, Jacobson knows what she is up against.

“People hear the word cannabis, and they make their own judgments,” she said. “There are some strains of medical marijuana that still have high levels of THC, but this doesn’t. Kids with epilepsy are getting relief from this.”

In her quest for options, Jacobson last month traveled to Colorado to see first hand the benefits of the oil, which has been dubbed “Charlotte’s Web,” for Charlotte Figi, the Colorado child whose success with the oil first brought it to national attention.

In addition to several other Nebraska families hoping to try the oil, Jacobson was accompanied by three Nebraska state senators and a University of Nebraska botanist, all of whom have committed to seeking legalization in future legislative session.

The senators were Sue Crawford and Tommy Garrett of Bellevue, and Al Davis of northcentral Nebraska.

The delegation toured the facility where the oil is manufactured, and the greenhouses where the plant is grown and the THC eliminated.

“We actually went to Charlotte’s house and met her in person,” Jacobson said. “We also met another family whose son was having 200 to 300 seizures a day before he started using the oil. The day we were there he was 22 months seizure-free.”

Jacobson said the trip left her with hope.

Read The Rest Of The Jacobson Story