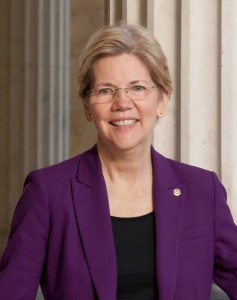 This week in Raleigh, North Carolina, the House passed Bill 766, which would make it easier for neurologists to prescribe cannabidiol (CBD) oil. A bill passed last year was designed to allow for wider use of the CBD oil, but many families say they still face obstacles because its use was supposed to be linked to academic studies. This year’s measure would allow for a less convoluted path for doctors to prescribe the treatment.

As this bill is headed to Gov. Pat McCrory for his signature, it is yet another important point in this trend gaining momentum. All across the nation, legislators have been waking up to the fact that CBD has therapeutic benefits and are being urged by their constituents to provide much needed access. Tennessee State Sen. Bo Watson is just one of many senators around the nation with his eye on this growing movement. “What I think states like Tennessee will probably do is continue to encourage research into the effects of both medical and recreational marijuana,” Watson said. “A lot of us are looking at Colorado.” Watson is fortunately not alone in urging for more research. Sen. Elizabeth Warren (D-Mass.) and seven other senators issued a letter last week to multiple federal drug and health officials stating that the federal government has a “responsibility” to facilitate sensible research into marijuana’s medical benefits.

The senators praised the White House’s recent lift of what was a mandatory bureaucratic review process, long criticized by researchers and lawmakers alike, that had stifled scientific research into the plant. But, they also encouraged the federal drug and health agencies to do more.

For patients in states with active medical marijuana programs, the senators recommend the agencies use their existing tools to collect national data, conduct surveillance, and perform clinical trials.

“It is time for the federal government to pick up those tools and use them,” the letter reads.

The senators also implored the agencies to collaborate and support “independent scientists” by eliminating needless federal barriers that stifle research into the plant.

To date, 23 states have legalized marijuana for medical purposes. Nearly 20 others have legalized the limited medical use of CBD, or cannabidiol, a compound found in the cannabis plant that doesn’t produce the euphoric sensation associated with the drug but has shown medical promise. Still, the federal government continues to ban the plant.

The letter, dated July 9, was addressed to the heads of the Department of Health and Human Services, the Office of National Drug Control Policy, and the Drug Enforcement Administration. Officials from the Centers for Disease Control, the National Institutes of Health, the Food and Drug Administration, and National Institute on Drug Abuse were also copied on the letter.