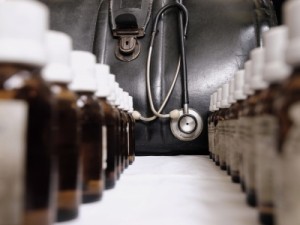 A current hot topic in this country is the use of medical marijuana. Across the country, families are forced to jump many bureaucratic hoops to allow their ill children to be treated with cannabidiol oil. These families often try every other conventional treatment, often to no avail. However, through persistence, lobbying, and pleading, states are finally granting access to this life changing oil. It is important to note that this oil is currently available in all 50 states sourced from hemp.

In Michigan, the state allows medical marijuana for seizure disorders. Yet, parents still skirt state law and a court ruling that say Michigan patients must smoke their medical marijuana. Some parents of children with autism also have been fighting to change state law to allow using medical marijuana to treat the disorder. Some say they’re looking for treatments to take the place of prescription drugs that can have strong side effects.

Across the state, a small but growing cohort of parents of children with severe, debilitating conditions feel hamstrung by Michigan’s laws, regulations, and court rulings that govern the pediatric use of medical marijuana.

“A lot of these kids are fighting for their lives,” said Robin Schneider, legislative liaison for the National Patients Rights Association, a statewide non-profit group with an office in Grosse Pointe.

Legislation that would amend Michigan’s 6-year-old medical marijuana act and open up treatment to more children has stalled in the past. There are several hearings scheduled this summer, offering hope for parents who want treatments expanded beyond smoking and the list of approved disorders broadened.

Ida Chinonis says her 6 year old daughter couldn’t walk, play, or even chew like most children her age until she was introduced to cannabis oil. Things started turning around for her little girl. “She can stand now. She responds to voices and she loves the movie ‘Frozen.’ She didn’t do that before and the only thing different we are doing is giving her medical marijuana.”

Chinonis said that after having Bella on various medications for years and to get the same results, she decided to pull her off the various prescriptions and wanted to start administering medical marijuana to her.

“I did a lot of research,” Chinonis said. “I was very hopeful it would help her.”

The process was not easy. Chinonis said Bella’s neurologist did not prescribe medical marijuana to minors. She set out to find doctors who would examine Bella and approve their request for medical marijuana. Unlike adult applicants for the Medical Marihuana program in Michigan, children need to get two doctors’ recommendations. Adults need just one doctor’s recommendation.

Chinonis said a doctor from Detroit and another from Texas examined Bella and made the recommendations needed for her medical marijuana application.

Robin Schneider, legislative liaison for the National Patients Rights Association, an agency that advocates for medical marijuana patients, says education about the drug means the difference between people supporting or refusing the use of medical marijuana.

As of April 2015, there were 150 patients under the age of 18 registered with the state of Michigan to use medical marijuana. In less than three years, that number has more than tripled. The good news is that this progress is not unique to Michigan. It is, however, unfortunate that a family should have to plead with politicians before a drug is released to potentially save the life of the people they were put in office to serve.