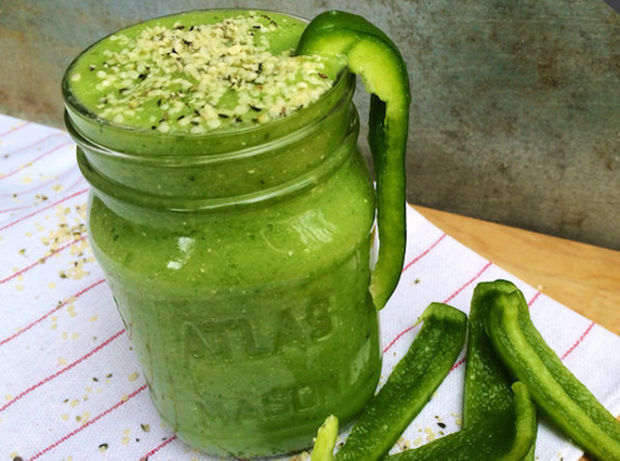 An example of a health drink that includes hemp seeds. (File photo)

The hemp industry was once thriving in Pennsylvania and is looking to make a comeback as it once again gains ground throughout the US.

With last year’s federal farm bill reauthorizing hemp farming in the states under certain conditions, Sen. Judith Schwank and Sen. Mike Folmer—who also back a medical marijuana bill—plan to introduce a bill that would fully legalize hemp farming in Pennsylvania.

Schwank and Folmer will introduce Senate Bill 50 which, if adopted into law, would create the “Industrial Hemp Act.”

In recent decades, hemp has made a comeback; due in part by imports from Canada. This has led to a boom in the use of hemp in everything from cooking oils and protein supplements to building supplies and the growing popularity of CBD oil.

Some states have also lifted restrictions because of how much more money struggling farmers can charge for the crop. On Saturday, it will be the subject of a conference at the Pennsylvania Farm Show, at which Folmer and Schwank will discuss their plan for its return.

Adam Thompson is one of the entrepreneurs anticipating its revival.

The 32-year-old hopes to transform his existing canola and sunflower operation in Lycoming County into one for hemp production.

“It’s considerably more lucrative,” said Thompson, who’s launched the Pennsylvania Hemp Company. “The price-per-bottle is at least double what I get for canola oil.”

Unlike the other plants, he said he could process or sell virtually all of the plant. The seeds, for example, can be crushed into protein powder. The stalks can be sold to third parties to use in textiles and other products.

Retooling the existing facilities would be easy, Thompson said, and he could begin work almost immediately after receiving approval.

Getting approval, however, may be the difficult part.

A year ago, it seemed possible that the state would see the passage of medical marijuana legislation in 2014. But despite passing the Senate, the bill faced delays in the House. Its supporters hope that a revised version of the bill will pass under Gov.-elect Tom Wolf.

Erica McBride, of the Keystone Cannabis Coalition, said there’s already a lot of interest farm farmers and the bioenergy industry in hemp. It would seem to be a perfect fit for the state, she said.

“Hemp is good for replenishing soil previously decimated by mining or other industries,” she said. “It puts nitrogen back in the soil, so it’s a great rotation crop, too.”

McBride’s organization has been involved in the push for hemp and organized Saturday’s conference, which starts at 4:30 p.m. in the Keystone Conference Center’s Delaware Room C at 2300 North Cameron Street.

“It doesn’t seem like anyone opposes hemp,” she said. “Once you get the facts about it, who can?”

Schwank said the details of the hemp legislation are still being worked out, but the overarching plan is to set up a licensing program through which colleges and farmers could apply to cultivate hemp on a probationary period.

Once she and Folmer are able to explain the realities of hemp and their proposal, Schwank said she’s confident that they’ll be able to pick up co-sponsors from both parties and both chambers.

“It really has nothing to do, other than sharing the same genus and species, with the kind of marijuana being used for recreational or medical purposes,” she said. “It’s a legitimate crop.”

Read More About The Hemp Resurgence In The US