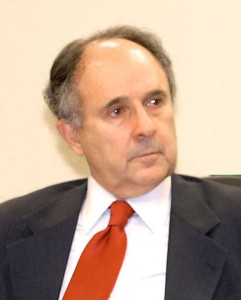 The first concrete step for the regulation of the medical use of cannabis in Brazil may be taken shortly after the election runoffs on October 26, Senator Cristovam Buarque told Agência Brasil. He is the sponsor of a popular initiative bill (with a petition signed by more than 20,000 people) for Congress to discuss a proposal to regulate the medical and recreational use of marijuana in the country.

The senator’s role is to draft a preliminary report arguing the case for a bill with this purpose to be brought and discussed in the two congressional houses. After holding five open sessions in Congress with active engagement of civil society, Senator Buarque says he has no more doubts that the discussion on the medical use should advance as soon as possible.

“Based on all the debates I’ve seen up to this point, I’m convinced that [the country] should take advantage of the healing powers of this plant. We can’t let so many people suffer because of our prejudice against the use of a drug,” the senator noted. He still has not reached a position on the regulation of cannabis for recreational purposes.

The senator is planning at least two more public sessions on the issue. On Monday (Oct. 13), the case against legalization will be heard. Mothers of patients under cannabidiol-based drug therapy want a quick answer.

Luciana Von Szilagyi, mother of 21-year-old Victor, who makes use of cannabidiol, the hardest part of the debate is about production. In her opinion, clarification should be provided as to how the drugs will get to the families—whether they will be imported, or if there will be government subsidies. “Will the government allow federal universities and major research centers to take part in relevant projects? I think it would be very tricky to just let everyone free to grow it, as we are not ready to address the issue from a legal and law enforcement standpoint,” she said.

Szilagyi is part of a group of 15 families from the northeastern state of Paraíba that have successfully obtained legal permission to import cannabidiol (CBD) thanks to a ruling issued through the first collective action by the Federal Public Ministry, which benefits 16 patients with refractory epilepsy.

Adherents of the medical use of cannabis know that the discussion will be a long and difficult one, but they are willing to take part in the debate. “We know it’s a big fight and that there are radical prohibitionists and prohibitionists that are not so prejudiced—those who see an answer in the medical use. I can say I’m a witness of the positive effects of the medicine, as I see my son’s quality of life improved. I’ll not stop until this issue is solved, “Luciana said.