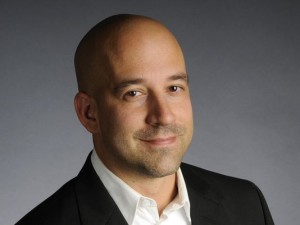 There was a lot of back-slapping and ceremony near the end of the legislative session last March.

Lawmakers had successfully passed a bill that allowed a sick little girl, and other children like her, to enter a study at UAB that would provide her with cannabis oil, or CBD, to treat her debilitating seizures. That might seem like a no-brainer decision — allowing sick people to drink plant juice so they get better — but CBD has the word “cannabis” in it.

So, our Mayberry-esque Legislature struggled mightily with the decision to allow a marijuana derivative — albeit one that doesn’t get you high – to be used to stop the pain and suffering of a child. When they finally passed this “difficult” bill — seriously, some called it that — oh, the celebrations that they did undertake.

The little girl, Carly Chandler, and her family were recognized on the State House floor. There was a nice photo-op with Gov. Robert Bentley and Carly and other children. All in all, our lawmakers were quite pleased with themselves for doing literally the least they could do in this case.

And just to make sure they didn’t mistakenly do a sliver more, they wrote the law so narrowly, so strictly, that the life-altering, and in some cases life-saving, CBD oil can be provided only to children suffering from epilepsy.

Which was quite a blow to Itamar Shapira.

Shapira, a 21-year-old recent Vanderbilt University graduate from Huntsville, is suffering from a rare condition called ulcerative colitis, according to reports from several media outlets in the state. The disease produces so many ulcers along the lining of the colon that it cannot properly process food.

If it sounds painful, it is. Excruciatingly so. Shapira, once a fit cross-country runner, told the Huntsville Times of lying on the bathroom floor, screaming in pain.

Shapira’s degree from Vandy is in biomedical engineering, and he’s been researching his condition. Turns out, CBD oil is a treatment, probably the most effective treatment. Not only can it kill the pain, but it might also help regenerate the lining of his colon, essentially curing him.

Or, well, it would have.

At this point, it’s likely too late for Shapira. He’s probably going to have his colon removed soon, because the damage is too great.

But for the past nine months, he and his father have been writing state lawmakers and Bentley, asking for help. Actually, they were pleading for help. Pleading for Shapira to be allowed to take part in the study or just be given the CBD oil that could cure his illness.