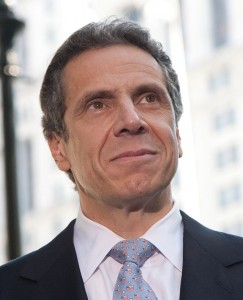 Less than a year after he opposed the use of medical marijuana, Gov. Andrew M. Cuomo is now asking the U.S. Justice Department for a waiver to permit the state to import limited amounts of marijuana for the treatment of seriously ill children and young adults who suffer from rare seizure disorders.

A mid-August letter to Attorney General Eric H. Holder Jr., followed by another correspondence Friday to the Justice Department’s No. 2 official, seeks federal permission for New York to work with private companies to supply special strains of marijuana that have been found to offer relief for children with the rare forms of epilepsy that can result in hundreds of seizures a day and, in some cases, death.

The letters were obtained by The Buffalo News.

Since Cuomo signed a law in July making New York the 23rd state to legalize medical marijuana, at least three children with the seizure disorders have died, including 9-year-old Anna Conte of Orchard Park, whose mother, Wendy, tirelessly worked the halls of the Capitol with other advocates to get the law passed.

“This is an extremely important issue to us, and it will help many children and young adults,” the acting state health commissioner, Dr. Howard A. Zucker, wrote Friday to Deputy Attorney General James M. Cole.

“As a pediatrician myself, I cannot urge you enough to consider this exception to the present law as we all only want the best for these young patients,” Zucker added.

While Cuomo signed the medical marijuana legislation in July, a host of hurdles – from its many restrictions to developing a system for dispensing to how the crop can be grown in New York – will keep the program from being up and running until January 2016 or later, state officials told Holder in an Aug. 13 letter.

On Friday, the state told Justice Department officials that it is seeking to identify one or more manufacturers now operating out of state to dispense the drug to eligible children and young adults; it said dispensers would have to meet a variety of New York and federal legal standards and be deemed to have “sufficient moral character” to participate.

While it awaits word from Washington, the state Health Department is already trying to determine how to identify eligible patients. Officials, speaking on condition of anonymity, said they did not know how many children or young adults might be eligible under the temporary program.