A similar outcome came from the overwhelming support of Carly’s Law in Alabama, which became a reality due to the extraordinary lobbying efforts by parents whose children suffer from seizures and could benefit from cannabidiol.

From these clinical trials, these states are beginning to receive encouraging early reports. State Rep. Patricia Todd, D-Birmingham, said she intends to sponsor a bill next year calling for the parameters of Carly’s Law to be expanded to allow anyone to receive CBD oil as long as they have a doctor’s prescription.

Todd said she is also considering revisiting the 2014 bill to reduce the penalties for possession of marijuana. Unlike Carly’s Law which was fully supported, the 2014 bill on sentence reduction was dead on arrival. Todd said it may find a similar cold reception in 2016.

“I don’t think that will go anywhere,” she said.

The early success of Carly’s Law, however, might be a gateway to expand access to CBD oil in Alabama, Todd said. 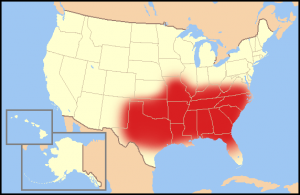 CBD continues its push towards legalization from Louisiana to the Carolinas.

“I think it will,” she said. “We’ve had these clinical trials from UAB that have been so successful. We now know this is a very effective medicine to treat seizure disorders. I don’t think there will be a lot of pushback on it because we have now proved how effective it is. It would still require a doctor’s prescription.”

Despite the success of CBD oil in clinical trials and its legalization in states such as Alabama and South Carolina, there’s still no provision to grow or distribute it, leaving most patients to obtain medical marijuana on their own, often across state lines and in violation of federal law.

“There is an underground network of parents who had been treating their children for a while in states where they had limited-access bills like we had,” said Janel Ralph, a mother in Myrtle Beach, South Carolina, whose daughter suffers from a severe seizure disorder. “It was really an underground railroad.”

Fortunately, organizations such as Nectar Leaf are still able to provide CBD oil to these states because their CBD is sourced from hemp. There is no chemical difference between hemp and cannabis derived CBD. Hemp derived CBD is legal in all 50 states since it does not come from cannabis and is considered a hemp food product.