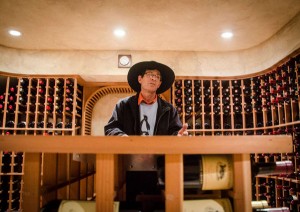 The debate for the legalization and necessity of medical marijuana continues across the nation. In the last few weeks alone, the Missouri House of Representatives voted unanimously to move forward a bill that would broaden the legalization of marijuana used for approved medical purposes within the state of Missouri. Lawmakers in Tennessee also unanimously passed a bill this past Monday allowing the limited use of cannabis by medical patients suffering from seizures. The law, headed to the governor’s desk for signing, would allow someone diagnosed with epilepsy or other types of seizures to use cannabis oil, including children suffering from infantile spasms.

Philadelphia also recently hosted a congressional hearing regarding a medical marijuana bill for Pennsylvania legislature. In the hearing, physicians stated they believe that more research needed to be conducted on the benefits and potential risks of medical marijuana before the state legislators legalize medical uses of cannabis. Lawmakers, on the other hand, argued that many people in the state are needlessly suffering from symptoms and pain of many different medical conditions that may be alleviated by being able to legally obtain medical marijuana.

With the call for more research, institutions are approving studies to better understand medical marijuana and its increasingly popular therapeutic component, CBD. The American Academy of Neurology reported this week on a small medical study in Denver, citing that more than 200 patients received at least some of the CBD treatment, with 123 receiving a full 12-week course. Researchers said the treatment appeared to cut the number of seizures nearly in half. Unlike a normal pharmaceutical trial in which some patients are given the drug and others receive a placebo, the volunteer participants all knew they were getting the treatment, which contained no THC, which is the chemical compound in marijuana that gives users a “high.” Instead, the participants received doses of marijuana oil containing CBD, or cannabidiol, which has quickly gained a reputation as a treatment for seizures.

Monday, researchers said new findings from a small safety study suggest the extract cannabidiol should be put to the real test. That next-step experiment began enrolling patients earlier this month, and will compare a highly purified version named Epidiolex to a dummy drug, said lead researcher Dr. Orrin Devinsky, who will discuss the safety study at an American Academy of Neurology meeting next week.

“There’s a dire need” for better epilepsy medications, said Devinsky, who directs New York University Langone Comprehensive Epilepsy Center. “We may start to get some answers within a year.”