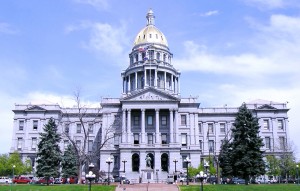 These studies would be paid for by a surplus of registration fees paid by medical marijuana patients. The grants need final approval by the state Board of Health in December, with research potentially starting early next year.

Half of the proposed studies focus on the effects of medical marijuana use by young patients. Two of those studies would examine whether a non-psychoactive component of marijuana called CBD can control seizures in children. Hundreds of families have moved to Colorado seeking CBD for their kids.

Vice News highlights Sue Sisley, one of the doctors overseeing the country’s only FDA-approved study investigating the medical efficacy of marijuana and CBD in treating PTSD.

“Getting this grant is a big deal because it’s the first time a government agency has given us funding,” Sisley told VICE News. “I can’t believe how many veterans have sent me letters from all over the country after hearing [about it].”

According to the VA, as many as 20% of troops returning from Iraq and Afghanistan suffer from PTSD. On average, 22 veterans commit suicide each day.

Sisley believes that medical marijuana can help alleviate some of the conditions of PTSD and avoid the cocktail of often highly-depressive and addictive drugs that she herself prescribed to veterans for many years.

“Over the past ten years, veterans have been disclosing to me that they are using marijuana,” Sisley told VICE News shortly after she was booted from the University of Arizona. “Initially I was highly judgmental and chastised them.”

“But more veterans started coming out of the shadows and disclosing in their private sessions to me that they were using the plant,” she said. “You couldn’t ignore it after a while – it was a relentless stream of veterans.”

“You talk to any state level growers, everyone says they could have study drug ready and processed within three months, including the high-CBD strains we’ve asked for,” she said. “When we initially talked to National Institute of Drug Abuse (NIDA), they only had 5-year-old dried up marijuana that had none of the cannabinoid profiles left.”

CBD, shorthand for Cannabidiol, is one of at least 85 cannabinoids present in marijuana, each of which can have varying effects on the user when taken alone or combined with others. Strong anecdotal evidence has shown high-CBD strains can be effective in treating seizures, particularly in children.

Meanwhile, strains high in THC – the main mind-altering ingredient in cannabis – offer the traditional “high” associated with marijuana, which can be useful in palliative care. For many years, NIDA produced only high-THC strains, and only for studies that examined marijuana’s dangers, rather than its potential benefits.

Because Colorado has not stipulated where the grant money must be spent, Sisley said she would run the trials in two locations. Half the veterans, many of whom she already treats in her Arizona practice, would remain there. The other veterans will be studied under the supervision of Dr. Ryan Vandrey, a professor at Johns Hopkins School of Medicine in Baltimore, Maryland.

Marcel O. Bonn-Miller, a doctor at the Department of Veterans Affairs (VA), would oversee trials in both locations.

Sisley says she expects the Johns Hopkins Institutional Review Board to approve Vandrey’s half of the study and will turn to a private government-approved board to vet her own. A private donor in Arizona has already offered her space to work with the veterans.

“After the rollercoaster this research has been on, we are determined that this will land in a safe place,” she said.