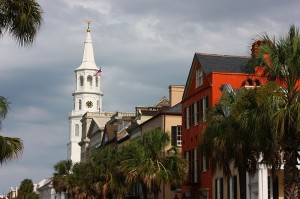 Desperate parents, chronically ill patients – even a doctor – fought back tears as they urged state lawmakers to make medical marijuana legal in South Carolina during a meeting in Charleston Thursday.

“I’m in pain as I stand before you. I can’t take a lot of medicines,” said Summerville resident Frances Hoffman Darling, a retired social worker, who spoke before the state’s official Medical Marijuana Study Committee. The group held the second in a series of four statewide meetings at the Medical University of South Carolina on Thursday.

Hoffman Darling said she has never smoked marijuana in her life. “I would like an opportunity to try this,” she said. “I should have the chance.”

The General Assembly passed a law this year that makes it legal for some epileptic patients to use CBD oil, also known as cannabis oil or cannabidiol, for treatment. The non-psychoactive oil, derived from marijuana, improves seizures.

The problem since the law passed, though, is that it’s nearly impossible to find any of the oil in South Carolina. Manufacturing it here is still illegal under state law and federal law prohibits moving the substance across state lines. Fewer than half of all states have legalized marijuana for medical use.

Sen. Tom Davis, R-Beaufort, who introduced the CBD oil legislation in the state Senate in February, acknowledged some of the bill’s shortcomings.

“We’ve legalized its possession, but in a practical sense. … how does one go about getting the thing that we said is legal?” he asked during the meeting Thursday.

The committee will hold meetings in Greenville and Florence before the General Assembly convenes in January.

Stacy Guarneri, a Summerville mom whose daughter has been diagnosed with an autism spectrum disorder, asked lawmakers to move quickly. She believes medical marijuana would help alleviate some of her daughter’s violent tendencies.

“She bites her hands. She bangs her head. She cannot speak,” Guarneri said. “I could move to Colorado, but I don’t really want to move to Colorado. …Why should that have to be a choice?”

Medical marijuana and even recreational use are legal in Colorado and the state of Washington. In states where the growing of marijuana for medical and recreational use has been legalized, the federal Justice Department has said in what is known as the Ogden memo that it will not prosecute as long as state laws are not being broken.

Read More On Fight For CBD In Charleston Here