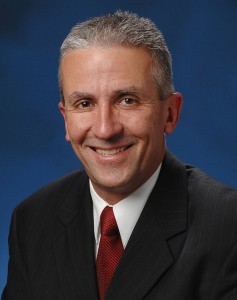 Folmer pored over studies and news articles while his wife, Sheila, wondered why he lingered at their computer all weekend.

Folmer, a conservative Republican from Lebanon County, had changed his mind on medical marijuana.

“The human race has been using cannabis for medical purposes for thousands of years,” Folmer said. “It’s only the last 70 years in this country that we haven’t.”

Folmer met with constituents whose children have epilepsy who heard how certain forms of marijuana can curb potentially fatal seizures. The evidence they provided dispelled his “preconceived notions,” and now Folmer is half of a bipartisan team looking to legalize cannabis for medical use in Pennsylvania.

Folmer joined Sen. Daylin Leach, 53, a Democrat from Montgomery County, to sponsor a plan to legalize and regulate medical marijuana. This week, Folmer, 58, is speaking at town hall meetings in Export and Bradford Woods to discuss Senate Bill 1182.

“This is part of the educational process, to get them to see a conservative who realized he was wrong,” Folmer said.

Gov. Tom Corbett supports a medical research program for cannabidiol, the part of the marijuana plant shown to be effective in controlling seizures. But he hasn’t come out in support of SB 1182, which would allow medical marijuana to be used as a treatment for a variety of illnesses at the discretion of medical professionals.

Read More About The Fight For Understanding In Pennsylvania