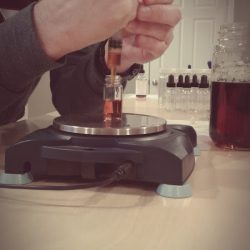 Disclaimer: CBD is not proven to cure or treat any disease. These science is in its infancy. Anyone with any condition should see a medical professional and follow their advice. CBD Combined with Music Therapy Source (full text available for free): https://www.ncbi.nlm.nih.gov/pmc/articles/PMC6446215/ In a preclinical trial on animals, researchers found that combining music therapy (or Read more about CBD and other Cannabinoids Studied for Various Health Conditions[…]

Scientists worldwide continue to study the effects of cannabinoids in general and CBD in particular. The science of how cannabinoids effect the brain and body is still in its infancy, due in part to governments having outlawed cannabis, making it difficult to impossible for institutions to conduct the research necessary to discover what appears to Read more about CBD Research: Arthritis, Hepatic Impairment, Fragile X Syndrome[…]

Psychologists, Psychiatrists in the Netherlands to Conduct First Clinical Trial exploring CBD as Therapy Aid for Patients with Severe Phobias Many people with severe anxiety disorders are helped with available treatment and medication, but a “substantial subset” are not, according to a research announcement in BMC Psychiatry for 2019 Feb 13. “Preclinical and genetic research Read more about CBD Research: Anxiety, Autism, Newborn Brain Damage; Scientists Excited about Hemp Legalization[…]

A review of CBD trials exploring possible treatment for Parkinson’s Disease appeared in the 1/31/19 issue of European Archives of Psychiatry and Clinical Neuroscience. Though the abstract stresses that more large scale random controlled trials are needed, CBD was found in the studies reviewed to have a “therapeutic effect in non-motor symptoms” of Parkinson’s Disease. Read more about Latest In CBD Research: Scientists Exploring CBD as Treatment for Parkinson’s symptoms, Pancreatic Cancer, and Osteoporosis[…]